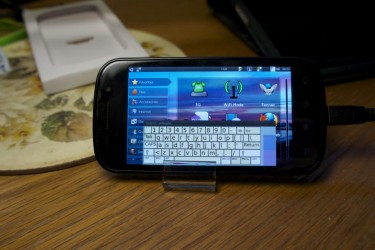 Some guys manage to port MeeGo OS to Google Nexus S smartphone. If you don’t know MeeGo is open operating system based on Linux and developed by Nokia, Intel and AMD. There are still no MeeGo phones available but they are expected for Q2 2011. As you can see this is still in early development stage and there is no instructions how to install MeeGo on Nexus S.